A new species of extinct “monster” sea scorpions has been identified by scientists for the first time in Queensland.

The Queensland Museum discovered the new species known as Woodwardopterus freemanorum after revisiting a “cold case” fossil in its geoscience collection.

The new species is the first fossil evidence of sea scorpions (eurypterids) in Queensland and is thought to have been among the region’s top predators.

A new species of extinct ‘monster’ sea scorpions, known as Woodwardopterus freemanorum (pictured), has been identified by scientists for the first time in Queensland.

“This new animal of Theodore was a massive monster, probably over a meter long and had lived in freshwater lakes or rivers in the area of ​​Theodore,” the museum said in a statement.

The fossil was originally brought to the museum’s attention in 2013, having been discovered in the 1990s by Nick Freeman on his family property in Theodore.

At the time, paleontologists could not determine which group of animals it belonged to, but they kept it until Covid-19 closures prompted the museum to re-examine the case. 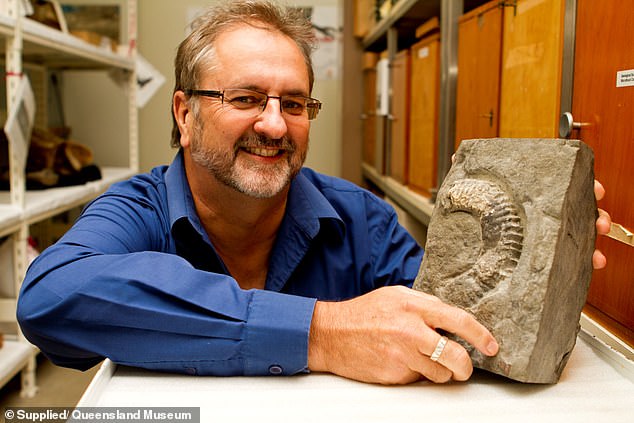 “When the fragmentary specimen entered our collection, it was first placed in the ‘too hard basket’, but the closures allowed a portion of our fossil collection to be studied and reassessed and this particular fossil reminded me always intrigued,” the museum associate said. said Professor Dr Andrew Rozefelds.

The fossil is dated to 252 million years ago and is considered evidence of the last eurypterid known from anywhere in the world before the end-Permian extinction event.

Sea scorpions are an extinct group of invertebrates that are part of the family Chelicerae which includes living species like scorpions and spiders.

The species are described as “massive animals” that can measure up to two meters in length. 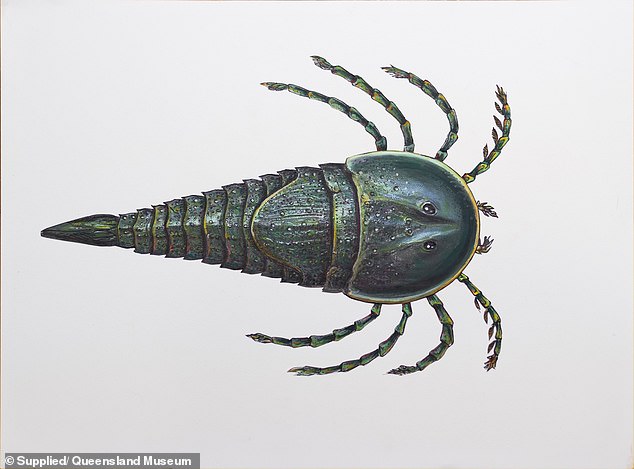 The fossil is dated to 252 million years ago and is believed to be evidence of the last eurypterid (pictured) known from anywhere in the world before the end-Permian extinction event.