Greece has decided to ban all construction on six “virgin mountains” in order to stop the overexploitation of the environment in recent years.

The decision was announced at a press conference on Tuesday evening by Environment and Energy Minister Kostas Skrekas and Deputy Minister Giorgos Amyras.

The officially declared “virgin mountains” are Lefka Ori (White Mountains) in Crete, Mount Saos in Samothrace, Smolikas, Tymfi and Mount Chatzi in Epirus, and Taygetos in the southern Peloponnese.

The protection plan is based on a study by the Biodiversity Conservation Lab of the University of Ioannina and the ban includes wind farms.

Greece is the first European country to have introduced the concept of “virgin mountain”, announced the two ministers.

The “virgin mountain” is defined as a roadless zone with a peripheral zone of one kilometer. In these areas, the opening of new roads and the construction of other human interventions that alter the natural environment are prohibited.

Expansion of existing road works is also prohibited, while existing projects and structures and their maintenance are unaffected as long as they are legal.

In addition, the marking, restoration, maintenance and improvement of existing mountaineering and hiking trails are authorized, but without the use of motorized access and provided that the interventions are carried out with natural materials.

Projects and interventions implemented due to emergencies such as earthquakes, floods, natural disasters, fires, etc. are permitted, provided that environmental restoration is ensured.

Ecotourism can be developed in any area of ​​interest in terms of biodiversity and landscape aesthetics, helping to maintain or create incentives for the transition to green economic activity such as organic farming, enhancement of traditional products, etc

Moreover, they maintain the connectivity and integrity of the ecosystem, providing citizens with recreation, education and scientific knowledge.

Mission of the Ministry of Environment and Energy

The ministry’s objective is to avoid land fragmentation, ie the division of natural ecosystems into parts by the addition of roads and artificial surfaces.

Note that the segmentation index of Greece is half that of Europe, but is increasing rapidly.

Concretely, Greece was in first place in the increase of artificial surfaces in Europe (2015), while construction sites and roads consume more land in Greece than in Europe.

As Amyras has pointed out, roads are therefore considered to be one of the main causes of biodiversity loss and ecosystem degradation worldwide, especially when they enter natural ecosystems and formerly undisturbed areas.

The habitats of species are decreasing, populations are isolated, wildlife mortality due to vehicle collisions on the road network is increasing.

At the same time, any ecosystem benefits associated with the soil, such as degradation or the nitrogen cycle, are lost as the soil is sealed and converted to artificial soil. 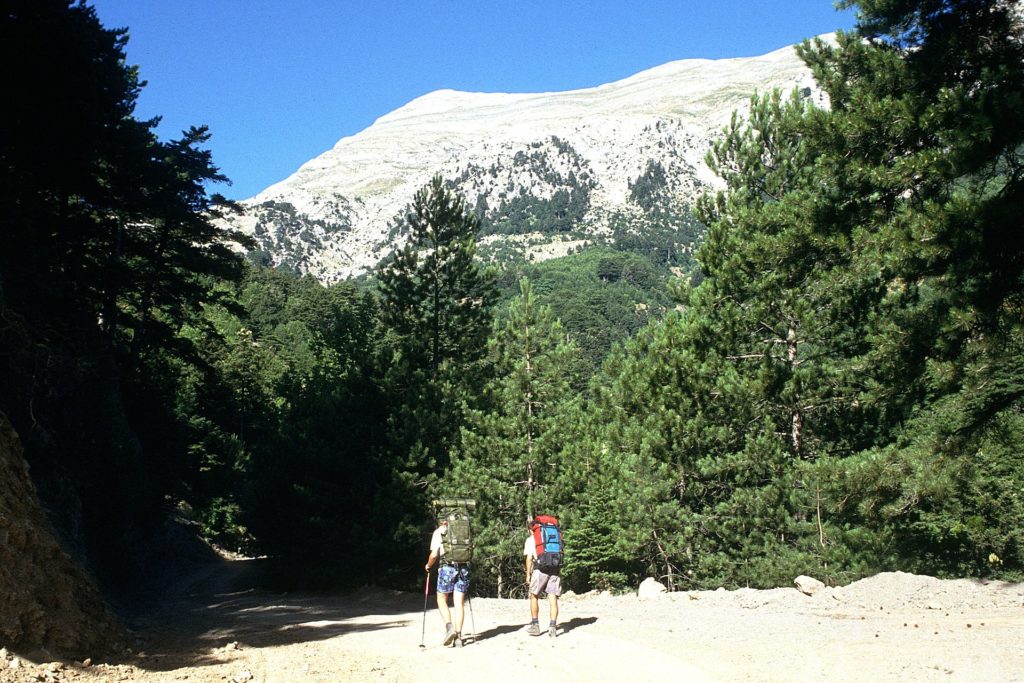 Mount Chatzi is part of the Pindus mountain range and is the southernmost limit before the town of Agrafa and the Valtos mountains.

Tymfi is in the northern Pindus mountain range and is in the Zagori region of Epirus. Tymfi forms a massif with its highest peak, Gamila, at 2,497 m (8,192 ft).

Smolikas in the regional unit of Ioannina stands at an altitude of 2,637 meters above sea level. It is the highest of the Pindus mountains and the second highest mountain in Greece after Mount Olympus.

Lefka Ori is a mountain range located in western Crete, in the prefecture of Chania. It occupies a large part of the center of Western Crete.

Mount Saos (or Fengari, Moon) is the highest mountain on the Aegean island of Samothrace with an elevation of 1,611 meters (5,285 ft)

Taygetos is a mountain range in the southern Peloponnese. The highest mountain in the range is Mount Taygetos, also known as “Profitis Ilias” or “Prophet Elias”.