The Sumi tribe of the Nagas use several ecological indicators to facilitate agricultural practices and predict seasonal variations; but this wisdom fades over time

On a beautiful sunny morning, residents of Shiyepu Village, Zunheboto District, Nagaland, come to church in their Sunday attire and carrying umbrellas. This last accessory is puzzling, given the clear weather.

But the devotees know something that even meteorologists ignore: the village bees (both Asian bees and Apis cerana and stingless bee or Trigona iridipennis) did not leave their hives that morning, indicating the prospect of rain. Indeed, it soon begins to drizzle.

This premonition is only one part of a large body of knowledge that the Sumi Naga tribe has gathered through generations of observation and passed on orally and through cultural practices.

But there is little or no documentation of this traditional knowledge and it is therefore in danger of being lost. As a doctoral student at Martin Luther Christian University in Shillong, I undertook a study of 10 villages in Zunheboto, which is mainly inhabited by the Sumi Naga tribe.

Over three years, I recorded 79 ecological indicators (biotic and abiotic) that the community depends on to determine weather anomalies, seasons and natural disasters, even in the age of complex numerical climate models.

For example, apart from locally raised bees, the Sumi community uses bamboo, a culturally important grass in Nagaland, for multiple weather cues. If new shoots of the Phyllostachys genus of bamboo rises higher than the mother plant, heavy rainfall can be expected during the monsoon that year; if they stay low, less rain is likely.

Likewise, the flowering of Bambusa pallida the species indicates famine, as it attracts rodents that damage crops.

Ashili Awomi, a resident of the old village of Litta in Zunheboto, recalls how the Sumi Nagas warned of impending famine in the neighboring district of Mokokchung in 1962, after observing a gregarious flowering of Bambusa pallida and a sudden increase in the bedbug (Encosternum delegorguei) population.

Residents then stored and consumed wild yam and forest tubers there. Discreet events like spontaneous barking of dogs or rodents coming out of holes can also indicate a natural disaster, as was the case during the December 2020 earthquake in Nagaland, explains Kakuto Shohe of Sohomi village.

The Sumi Naga community is primarily agrarian and depends on forests for its food and livelihoods. Thus, several of the indicators facilitate agricultural practices and predict seasonal variations.

For example, the fruiting body of the mulberry tree (Morus) trees indicate spring and their harvest means summer is here. Then, to predict winter, the Sumi tribe uses a universal and reliable indicator: migratory birds.

The arrival of the wag tails (Motacilla) from East Asia and the Amur Falcons (Falco amurensis) from Siberia to Nagaland in October of each year, en route to Africa, means winter is at hand. 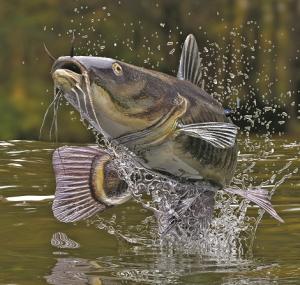 I found that people in the community were also watching the catfish closely (Siluriformes) captured locally. Unusually thick skin on the fish’s stomach indicated an above normal winter.

Precipitation is crucial in determining agricultural yield, which is why a whole series of natural indicators predict its arrival. For example, the song of the cuckoo (Cuculus canorus) tells the farmers to start sowing.

By making a fire, if the smoke steadily rises, the weather will be clear. A night sky full of stars also signals dry weather. In contrast, expect rain the next day if the crescent moon faces downward or is surrounded by a halo.

While such tricks are handy, observing the behavior of the various life forms around them also gives the Sumis the clues they need. Cones (Pinus) opening their scales indicate a dry sky while the bitter tomato (Solanum aethiopicum) plants that lose leaves indicate the onset of rain.

There will also be precipitation if the larvae of the xylophagus (Buprestidae), a type of beetle that lives on trees, settles at the top of the plant, and eats all the way to the bottom.

Conversely, if the red weaver ants (Oecophylla) leave their nest open and facing upwards, they do not expect rain. Cicadas (Cicadoidea) come to the region from May to November; the volume of their song indicates how much rain to expect.

The Sumi Naga tribe believe that in the midst of the precipitation, if the domesticated chickens (Gallus gallus) leave their coop, the wet weather will persist throughout the day. 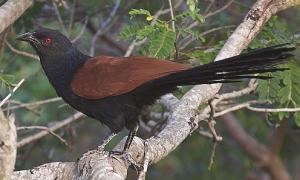 “Fish can smell the rain too. Once at the pond near my house, my son saw several fish (Chondrichtyes) swim to the surface; it meant the rain was in its way. It was a signal for us to go home, ”explains Husheto Achumi from the village of Khukiye-Lukhai.

Another reliable indicator on which the Sumis depend is the gibbon hoolock (hoolock hoolock). A shrill cry from the primate, even on a sunny day, warns of heavy rain within an hour or two. However, it is now endangered in the region due to poaching.

Elders in the community say the ecological indicators help them predict the weather even in a changing climate. But the competence quickly disappears with the disappearance of elders from the community and the lack of documentation.

With the migration of young people to urban areas for education or employment, they do not know or care about natural indicators.

Alino Sumi is a senior researcher at the Center for Archaeological Sciences, Indian Institute of Technology, Gandhinagar


We are a voice for you; you have been a great support to us. Together, we are building independent, credible and courageous journalism. You can help us more by making a donation. It will mean a lot to our ability to bring you news, insights and analysis from the field so that we can make changes together.