Insects play an important role in our daily life. Despite being specialists in pollination, pest control, and the decomposition of corpses, humans don’t seem to spend much time thinking about it.

What would our world look like without them, with declining numbers due to habitat loss, pesticides and the climate crisis?

Scientists warn that we risk ignoring these species if we do nothing. They have seen a significant decrease in insect numbers over the past few decades.

Michael Safi discusses the fascinating world of insects with environmental journalist Oliver Milman, author of The Insect Crisis: The Fall of the Tiny Empires That Run the World. Oliver explains to Michael how these little animals, usually seen as an inconvenience, serve an important function in keeping the Earth habitable.

Also read: Urban sprawl may mean the extinction of more than 850 species

Worsening of the problem

The new study suggests that, although less severe, large-scale insect losses are far from excessive and that insects may be more fragile than previously thought. According to a study recently published in the journal Biological Conservation, 40% of all insect species are in decline and could disappear within the next few decades.

“There are reasons to be concerned,” said lead author Francisco Sánchez-Bayo, an Australian researcher at the University of Sydney. “If we do nothing, entire ecosystems will perish from starvation.”

The article, which is the first global analysis of studies of insect populations around the world, highlights a few particularly vulnerable species: moths and butterflies, pollinators like bees and dung beetles, as well as other insects that help digest droppings and debris. .

The research follows a series of high-profile articles on insect reduction that surprised even specialists on the subject. In October 2017, European researchers found that insect abundance (assessed by biomass) had declined by more than 75% in 63 German protected areas in just 27 years.

A year later, two researchers published a report in the Proceedings of the National Academy of Sciences claiming that the biomass of insects and other arthropods like spiders decreased 10 to 60 times in a relatively pristine jungle in Porto. Rico since the 1970s. 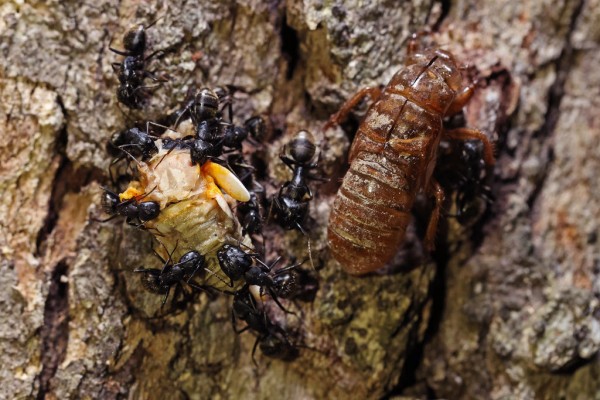 The majority of relevant data comes from Europe and, to a lesser extent, from the United States. Yet the rest of the globe is chronically understudied, according to David Wagner, an ecologist at the University of Connecticut who was not involved.

Half of the species of moths and butterflies studied are declining, of which a third are threatened with extinction, while beetle populations are almost identical. Meanwhile, more than half of the bees and ants studied are endangered. Caddisflies are among the most endangered insects, with 63% of species threatened with extinction, in part because they lay their eggs in water, making them more susceptible to pollution and development.

According to Wagner, there are many reasons why these creatures are in danger, and there is no hard evidence. “I’m afraid the answer is death by a thousand cuts,” says the author.

Human-caused habitat alterations, such as deforestation and conversion of natural habitats for agriculture, are among the factors contributing to the reduction. The collapse of small family farms in Europe and North America, which are known for their vast pastures, hedgerows and other areas where “weedy” plants like wildflowers can grow – ideal areas for insects – undoubtedly played a role, as did the draining of marshes and swamps, according to Wagner.

Chemicals such as herbicides, fungicides and insecticides are used in agriculture. Insecticides harm non-target species and neonicotinoids have been linked to the global collapse of bees. Pesticides could be responsible for an eighth of the species reductions in the study.

According to Wagner, climate change is a factor, especially in extreme weather events like droughts, which are expected to increase in severity, duration and frequency in the future. Invasive species, pests and diseases are among the other reasons.

Related Article: One of the World’s Largest Mass Extinctions May Have Been Triggered by a Volcanic Winter

For similar news, be sure to follow Nature World News!

© 2022 NatureWorldNews.com All rights reserved. Do not reproduce without permission.