Scientists have made what is described as a once in a lifetime discovery, finding a new plant species on the giant rock of Uluru in Australia. In addition, the fig has been hiding in plain sight for years.

Ficus desertorum, or the desert fig, is the name given to the new plant. Previously it was believed to belong to a subcategory of Ficus brachypoda, a species of fig tree found abundantly in northern and central Australia.

Further examination revealed that it is in fact its own distinct species, with its own distinct regional habitat. The leaves are the gift: they are smoother, narrower and thicker than those of related fig types.

“A careful study of the collections held in herbaria across Australia, and with reference to historical specimens held in European herbaria, has shown that central Australian populations were indeed morphologically distinct from more northern or western populations,” says systematic botanist Russell Barrett of the National Herbarium of New South Wales in Australia.

“These figs are an incredibly important species to the First Nations people of central Australia for their food, shelter and spirituality. Historically, damaging these trees could be punished with death, such is their overall significance. from the community.”

Discussions with the Australian Central Land Council have taken place to see if a name used by various First Nations peoples might be more appropriate for the new species. However, given the wide variety of words for the tree in local languages, a more standard scientific name was chosen instead.

What else, ‘Ficus desertorum ‘ points out how unusual it is to find a fig like this in a desert environment.

The newly identified fig tree species can also be found in other high landscapes in central Australia, including Kata Tjuta (the Olgas) and Karlu Karlu (Devil’s Marbles). It is found on many rocky outcrops and around waterholes, its leaves providing shelter to small animals such as birds and snails. 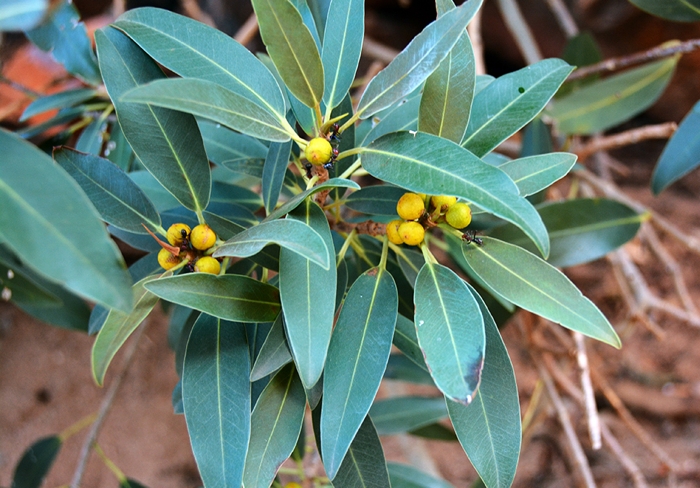 “Recognizing a new species for science is always exciting, but finding one on Uluru is not something you expect in a lifetime of research.” said Barrett. “Figs are famous for their long, water-seeking roots, and this species has perfected this art.

“Roots have been reported from cracks in cliff walls for more than 40 meters to reach precious water that could hide deep in the rock, or well below in a secluded pool. Desert fig persists in the arid conditions found in the heart of Australia. “

Some 750 species of figs can be found worldwide, with around two-thirds of them in Asia and Australasia – although Australia itself contributes only 43 native species in total according to the latest records.

These figs have long been important to the First Nations people of Australia, providing food in particularly arid environments. However, it is difficult to catalog all the occurrences of these plants, in all of the vast remote rocky areas of the country.

As always when it comes to discovering new species, one of the benefits should be in its conservation: when a species has been scientifically identified, it can be followed and monitored much more easily.

“We hope that the description of this species with a new scientific name will improve its protection in such an arid environment”, said Barrett.

“Although the species is quite widespread and is not currently threatened, it is only found in small populations, so climate change or localized impacts such as burning fires could impact the species. in a close future.”

The research was published in telopea.