Chances are if you know 10 people who consider themselves environmentalists or some version of them (ecosocialist, ecofeminist, environmental anarchist, left-wing prep), you’ll notice that they all have different approaches to their activism. , and often different “takes” on what informs their beliefs, what matters most, or how to reach others about environmental concerns. I don’t think these differences are simply a matter of different personalities, backgrounds, or strengths.
I think these are different steps along the same path. At first, I noticed that in people I’ve known for a while, their environmental stance approximates that of someone else I know, but they don’t know. Meanwhile, this other person had also moved on to new perspectives.
And then I noticed that it wasn’t just people I knew who were doing this. I did too.
Based primarily on my own environmental awareness journey, but comparing it to others, I began to sort out the 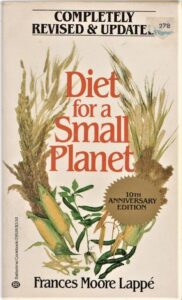 logic behind these steps. Some people may skip a step or spend so much time in a step that you wonder if they will ever get through it. Not everyone completes the steps in the same order either, so the numbering below can be considered random rather than sequential.
I’m not claiming this to be scientific or universal, but it seems widespread. So take these stage identifiers with a grain of salt. Take what feels right, ignore the rest. Or as the Grateful Dead say, “Believe it if you need to.
• Step 1 – Gathering knowledge
• Stage 2 – Thinking of personal solutions (kissing)
• Stage 3 – Thinking about systemic solutions (Critical/Resistance)
• Stage 4 – Activism for a global agenda (eg The Green New Deal)
• Stage 5 – Panic (sometimes depression or nihilism)
• Stage 6a – Preparation and/or fantasies with optimism
• Stage 6b – Preparation and/or fantasies with pessimism
• Step 7 – Learn and practice the four “R’s”
If you have an eye for patterns, you’ll notice two things. The first is that steps 1 and 7 seem 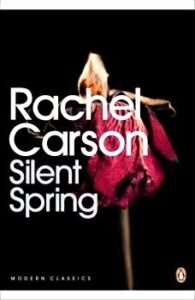 neutral, while the other six comprise three positive-negative pairs: embrace/resist, act/paralyze with fear, optimism/pessimism. The second thing is that the list may vaguely remind you of another list. What is that?
Spoilers, honey. These are the (modified) Kübler-Ross stages of grief.
Another caveat. Remember how I said I based this list on my own background? Well, I have no way of knowing if my stage 7 is really the end of the journey, or just the stage I’ve reached so far. Because it is difficult to recognize a stage at which one has not yet arrived.
Here’s a brief explanation of each step, along with some resources (mostly books) if you feel at this point and want to understand it better.

For those who are baby boomers and older, we probably started gathering knowledge in the late 1960s. I was in high school then and started college in 1970. Between 1970 and 1976, I realized for the first time the impending doom of pollution, species extinction, 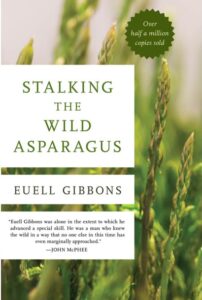 the ills of modern agriculture and early theories of climate change.
If you’re a Gen X-er (or a younger Boomer than me), you probably became aware at a time when the available literature was more advanced and the problem more readily apparent. If you’re young enough, climate catastrophe and the impending Great Extinction were the murky waters of the aquarium you were hatched in.
Either way, you might want to go back and read some of the early stuff. Frances Moore Lappe’s “Diet for A Small Planet” (1971) was the one that really captivated me, while many environmentalist friends cut their teeth on Rachel Carson’s “Silent Spring” (1962). Similarly, I was fascinated by Euell Gibbons’ “Stalking the Wild Asparagus” (1962), while others fondly remember Aldo Leopold’s “A Sand County Almanac” (1949). Then there was ‘The Whole Earth Catalog’ (1970), which is more of a level 6 kind of text. And Bill McKibben’s book ‘The End of Nature’ (1989) has stood the test of time.
These early texts give a philosophical basis to environmentalist ideas, or explore early warning signs, of things that are now history. The most recent books in the Stage 1 category reflect how environmental science and policy have matured in the 60 years since Gibbons 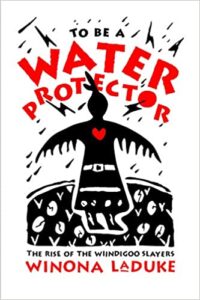 destemmed his asparagus. One of them is “Water Wars: Privatization, Pollution and Profit” by Vandana Shiva, a text that will work for step 1 or step 3.
If you’re on the negative side and switch between Stages 1 and 3, or better yet, Stages 1 and 5, Eric Klinenberg’s “Heat Wave: A Social Autopsy of Disaster in Chicago” (2015) will have your blood boiling. blood. Or try Spike Lee’s 2006 documentary “When the Levees Broke” for a similar effect.

Many people remain in this phase of environmentalism. It’s a good gig if you can do it; at least it will save you a lot of stress and maybe even mental illness. No judgment from me, as long as they don’t judge people at other stages.
This stage also has the best books, although stage 3 has the best movies. (Actually, Stage 3 contains all the movies.) Some good Stage 2 books include Will McCallum’s “How to Ditch Plastic” (2019), or one of the many “zero waste living” books. (research 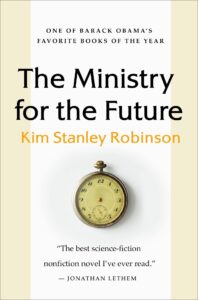 this term on bookshop.org).

People enter this stage through a variety of doors, often through an introduction to socialism of one sort or another. You realize that individual efforts alone cannot make a dent in a system (capitalism) that is based on the depletion of resources, with no plan B for when they go.
Unfortunately, many people stop taking individual action, as if this realization has saved them personally. While it may involve some switching between Stage 2 and Stage 3 at first, the full reality is when you realize it will take both personal and systemic changes, at the very least.
The most influential Stage 3 book is Naomi Klein’s “It Changes Everything: Capitalism vs. Climate” (2015).

Step 4 – Activism for a Global Agenda 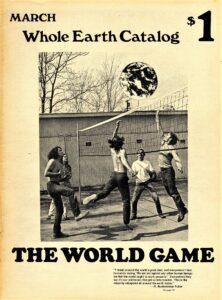 This stage reflects a positive effort to integrate systemic change with personal change. Two good books on global agenda ideas that have struggled to find traction in various legislatures are “The Green New Deal: Why the Fossil Fuel Civilization Will Collapse by 2028, and the Bold Economic Plan to Save Life on Earth” (2019 ), and “Red Deal: Indigenous Action to Save Our Earth” (2021) by Red Nation.

I have been in this stage, but only briefly. I can’t hang out there, and I’d worry about anyone who could. Most people go through this step and one of step 6, albeit quickly, to get to step 7.
There are many books related to this step. If you just want to get it over with, any non-fiction book about societal collapse should do that, as well as most works of dystopian science fiction. For societal breakdown, a good example is “The Great Leveler: Violence and the History of Inequality from the Stone Age to the Twenty-First Century” (2016) by Walter Scheidel. It scientifically shows what you suspect in Steps 3 and 4 about the inevitable unsustainability of capitalism and other systems based on consumer growth. A good sci-fi book for this stage, not entirely dystopian (some would even say a bit naively optimistic) but with a properly terrifying opening, is Kim Stanley Robinson’s “The Ministry for the Future” (2020).

Like step 5, this is a good step to skip if you can. That said, I admit I’ve been hanging out here for almost a decade. I didn’t really do effective prepping, just fantasizing about prepping. (If you’re unfamiliar with the term, “prepared” refers to what used to be called emergency preparedness, emphasizing the impending catastrophic collapse of the system with a distinct military flavor Right-wingers seem more supportive of this prospect, but there are left-leaning preppers as well.)
I don’t have any specific books to recommend, but a search will reveal many. This stage comes in two modes – optimistic and pessimistic, influenced by your own personality and circumstances. Some people have both versions at different times. 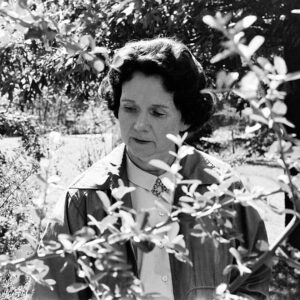 I entered this stage when I read “Deep Adaptation”, a widely circulated quasi-academic article by Professor Jem Bendell. In 2021, Bendell expanded his paper into a book, “Deep Adaptation: Navigating the Realities of Climate Chaos.”
A worldwide movement has developed around Bendell’s idea of ​​the four ‘Rs’, as defined in his book. Recently, I attended a week-long virtual global convention of people interested in the deep adaptation movement.
The four “R’s” –
• Resilience: what do we value most that we want to keep, and how?
• Giving up: what should we give up so as not to make things worse?
• Catering: what could we bring back to help us in these difficult times?
• Reconciliation: with what and with whom will we make peace by waking up to our mutual mortality?
The four “Rs” show how closely the stages of environmental activism are aligned with the stages of grief, because grief is the inevitable and reasonable reaction to the current reality: how bad things are getting, how how slow the progress towards the cure is, how uncertain our chances are. to avoid a disaster.
Here is a Bookshop.org list of some Earth Day themed books – bookshop.org/lists/april-is-earth-month. Link Bookshop.org to your favorite independent bookstore to give them a share of the profits from your purchases.